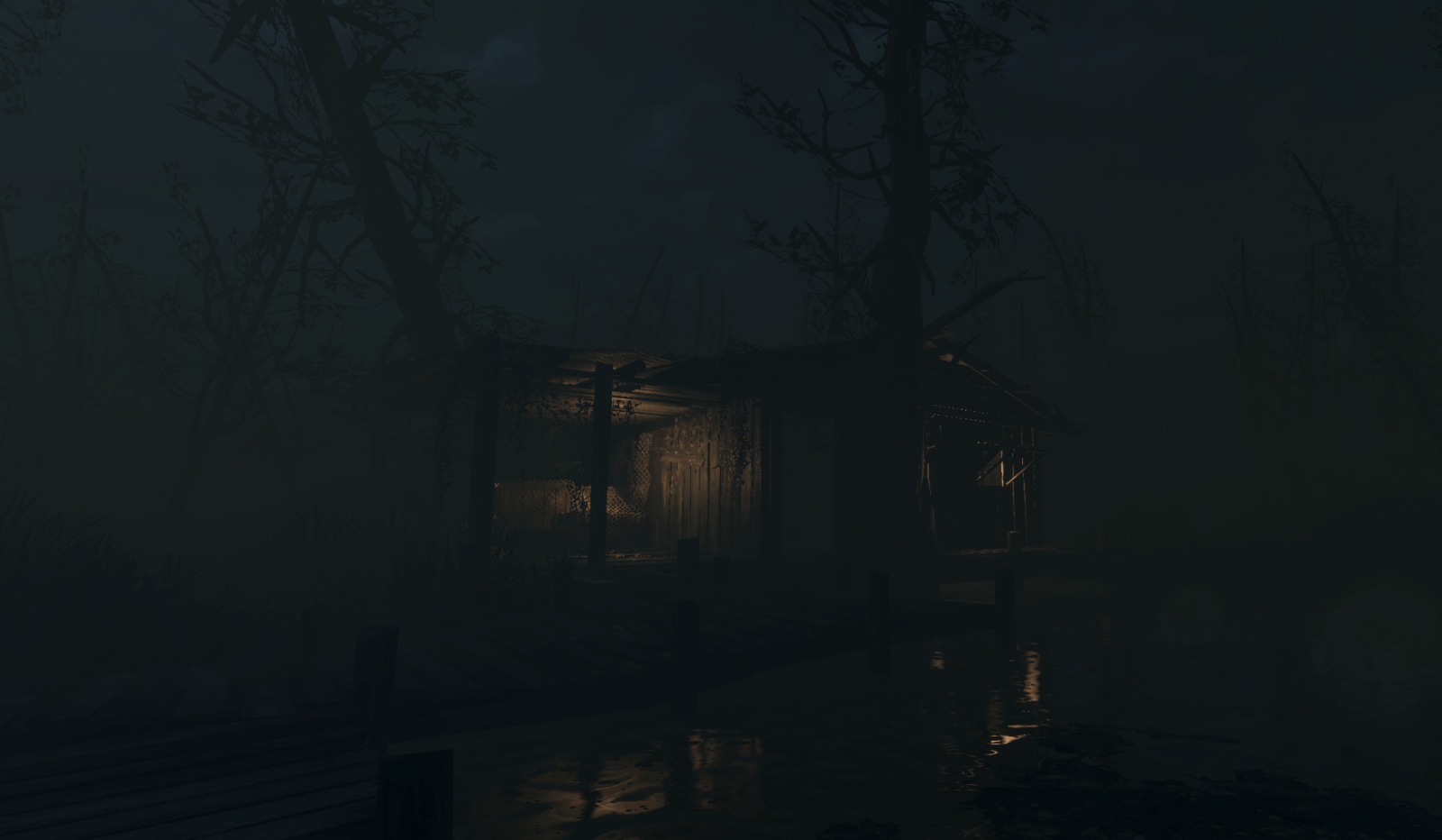 Buckle up, this is going to be a long one!

I’m sure everyone is dying to know whats coming up for Labyrinthine; You’re going to find out in this post!

First up, we want to formally introduce Michal, our newest programmer hailing from Poland. He has joined the team to take on some of the smaller projects that haven’t been worked on due to focus on more important systems/content. He has already been working on some nifty quality of life changes like a crouch mechanic that’s available on the public testing branch and an objective system which will be available soon.

Make sure to welcome him if you see him in discord!

Talking about the public test branch, have you seen the multi-coloured glow sticks!? We have also made some substantial map changes to zone 3 which makes it feel much more natural and also changes the dynamic of how the map plays. All of these changes and more will be moving to the live branch soon! 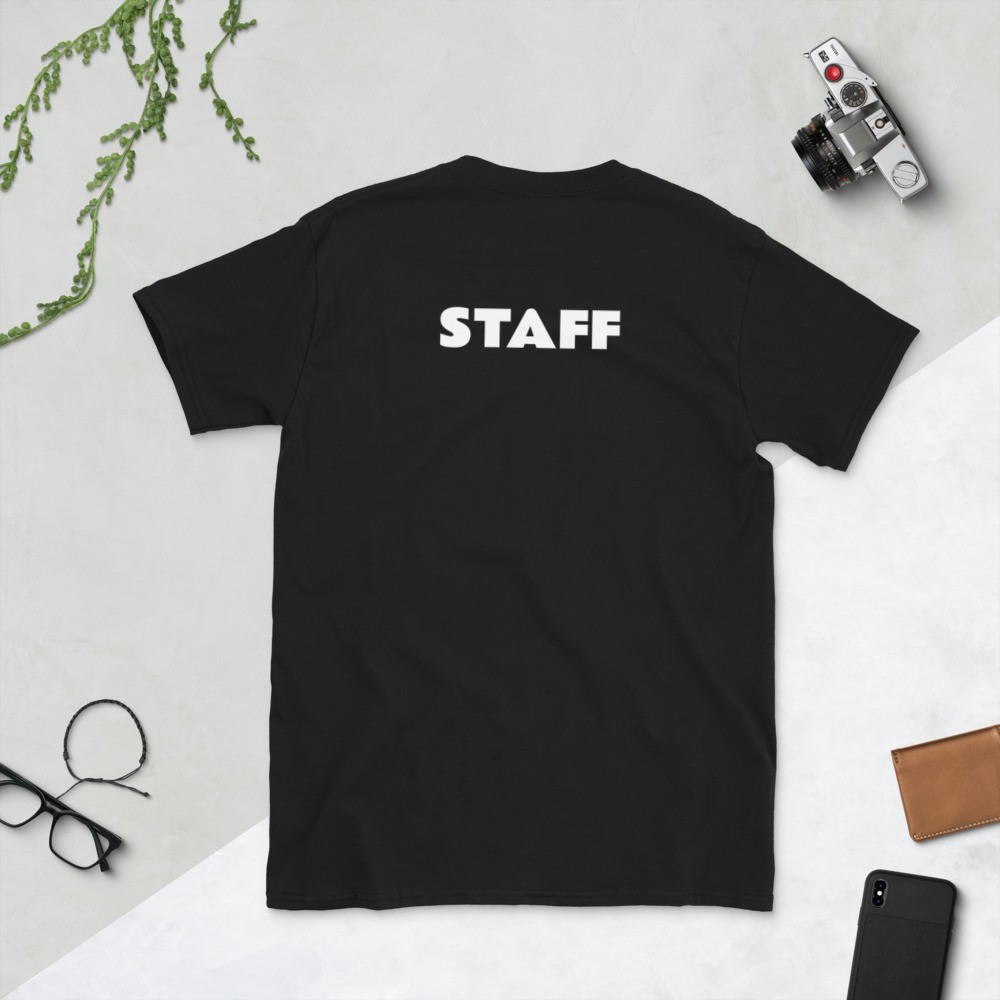 We talked about it several months ago and we know people want to get their hands on some official merch. We’re still handling the store as a trial for now so changes will be likely and products may be added / removed and prices may increase (or decrease!) depending on how things go.

Feel free to have a look at the products available using the link below.

The development team and moderators have been enjoying various items, from hoodies to mugs and so far we’re all super happy with the products. 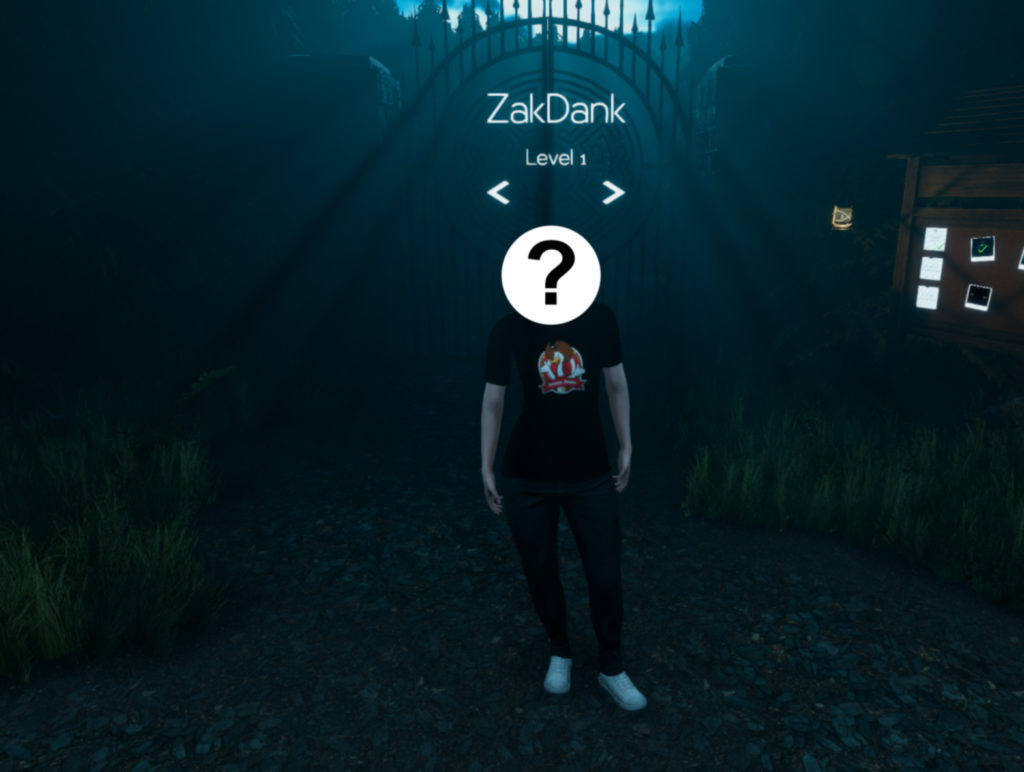 For those who read the previous updates, you will have seen we teased a new female character a few months ago. We’re sorry it’s been delayed but to give you a little more info, it is based on a streamer and was a top-tier kickstarter pledge as a surprise for the streamer’s partner by a friend. We’ve been trying to organise a time to get her to stream with her partner which seemed easy enough in theory but has been incredibly difficult to organise in practice.

We’ve been holding out in the hopes that we could get something organised but it’s now looking more likely that we will have to release the character sooner than expected as we don’t have time to work on a separate character right now and we know a lot of female players want a female character to play. We do however want to honour the original surprise so we’re working on a way to bring it to life. Once we come up with something neat, we will be releasing her!

Ah yes, the big one. We know people are excited for chapter 5 and so we wanted to finally give everyone some sneak peeks at it.

First, let’s preface this by saying that we’ve learned a lot from zone 4. Many people love the zone; I know it was a favourite of several team members, however, it does require good navigation and orientation skills that a lot of people simply don’t possess. We’ve come to realise after watching people play that the claustrophobic environments and the darkness disorientates a lot more people than we expected it would. This has led to quite a firm love-hate reaction to the zone, with some people thinking it’s the best zone and others saying it ruined the game for them. To try avoid that, we’ve gone back to an old zone idea that was planned way back in alpha; the marshlands/swamp. We decided that another underground level right after zone 4 would have been too much for those players who had struggled with it. This new zone will also allows us to bring more variation to the level which was difficult to do with the crypt.

Now that the game has a much more acceptable playtime than prior to chapter 4’s release, we can spend a little more time on getting chapter 5 right. We’ve been taking time to get the immersion on point, working on several key aspects to the general atmosphere as well as varying environments so that they are not only visually different but also feel more interactive and alive. We want players to relive the fear they had coming into the maze for the first time. 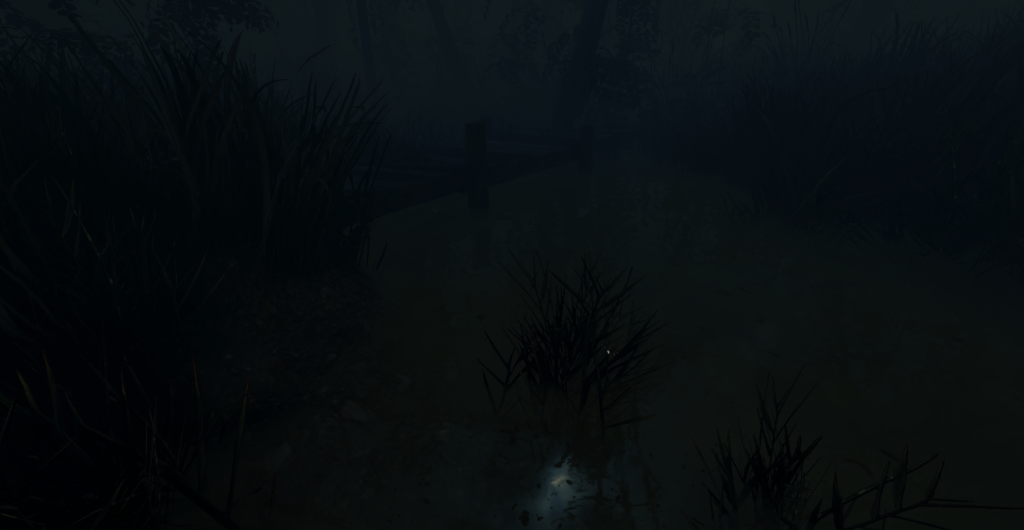 There’s quite a bit more map that looks quite a bit different. We will likely be teasing in the coming weeks!

No ETA just yet but we want you to know it’s in the works.

But wait - what did I hear about randomisation!?

You didn’t think we were only working on Chapter 5, did you?

For those who haven’t yet heard about the plans for randomisation, let’s go through it.

As we’ve been stated, the plan for the story mode is 6 chapters. We’ve talked about potentially adding extra chapters as DLC (i.e. the Jonny Honks maze, different time period etc) however these wouldn’t likely be worked on until we’ve had chance to do our story pass and reworks. With Chapter 5 being in the works, the game is coming close to completion of the 6 planned zones so we thought now would be the best time to start our other planned game mode.

Many streamers and players have expressed that they would love to replay the game with more elements randomised so it felt fresh and exciting. We didn’t think it would have the same effect if you were running the same environment but with a different puzzle combination or a slightly altered layout. Not good enough. We need to provide people with something more long term, something that they could jump in with friends and have a completely fresh experience each time and something where they were rewarded for playing the game further. Enter our random generation mode.

The random generation mode is a fully separate game mode where the map will be procedurally generated. You likely noticed the level under player’s names in the lobby; This level will be increased by completing harder maps. As you level, new parameters are thrown into the generation. Right now we have plans to implement the following:

So how far are we? Let me show you… here’s a little bit of a follow through of progress. 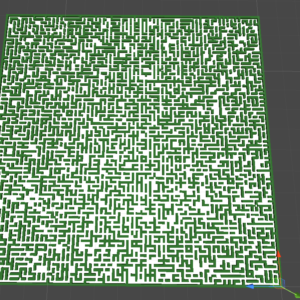 We started by getting a good maze generation algorithm going. It took a while to get mazes looking more organic and less linear. 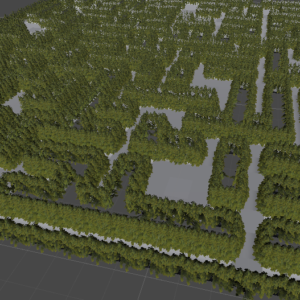 With that completed, we got to work on making the hedges generate correctly as well as removing unnecessary areas between the hedges 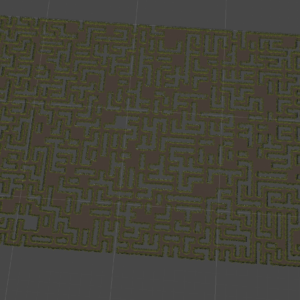 As we continued to add more features, the mazes started to feel much more interesting. 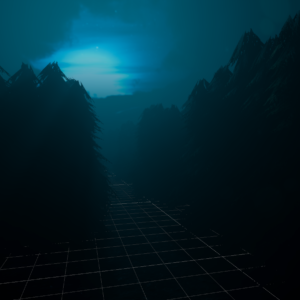 Once we added our post processing and lighting, this is the result. Still a long way to go but it’s looking more like an actual level! 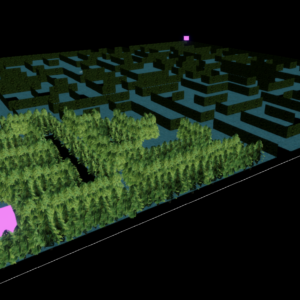 Performance was starting to become an issue with larger mazes. The above shows hedges being GPU instanced which dramatically helps with performance. 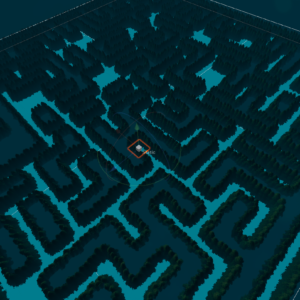 For our monsters to be able to move around and navigate, we needed to generate a navmesh. This is all done at runtime! 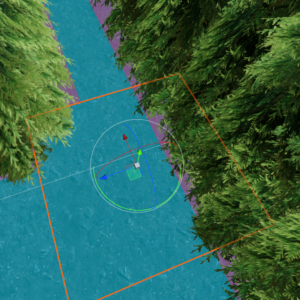 We further improved on the navmesh generation. For example, marking hedges as areas for the AI to try avoid (otherwise they’d drag themselves through it constantly!) 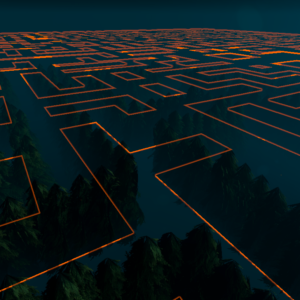 For even more performance, we wrote tools that would dynamically combine meshes at runtime, no more single tiles! 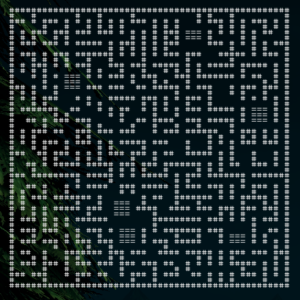 This is a debug map; You can see the points we’ve designated for structures around the maze. 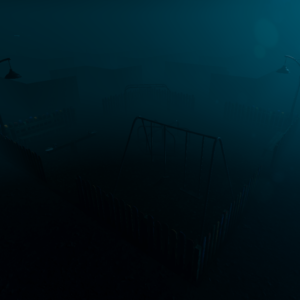 With the space cleared, we can now start generating structures and applying the processes above to them.

Where we are at currently! 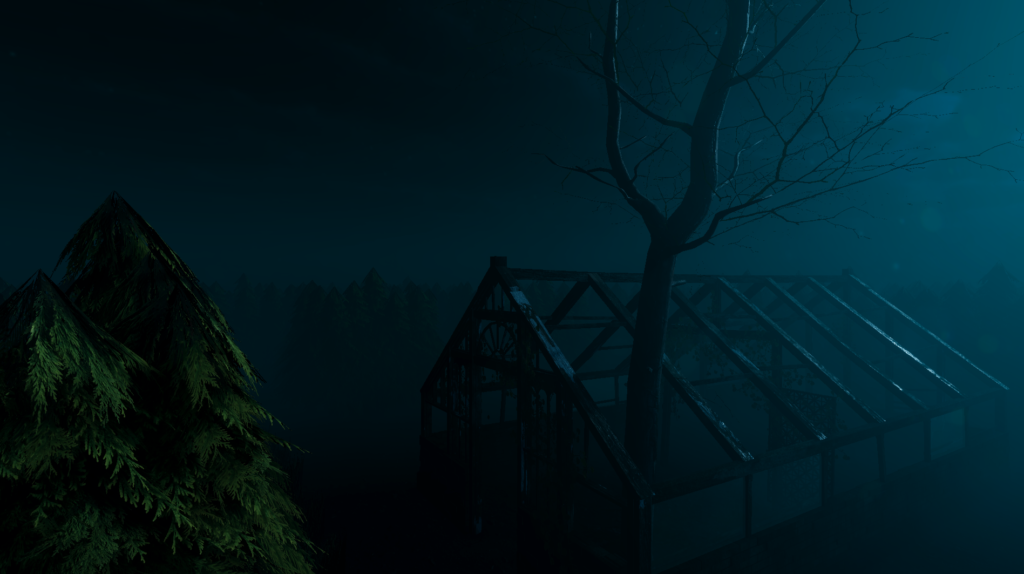 This image is from the latest map generated. It took around 4 seconds to generate and it is fully procedural, nothing is added prior and we can generate an entirely different map with different areas and landmarks in a single click. Progress is good and we’ve got plenty of ideas flowing on how to make this aspect of the game interesting.

So there we have it

So this is where we are currently at. There’s a lot more work to go into everything yet but as you can see, progress is good. A lot of the features for randomisation won’t be available right away but we will be continually expanding upon it with new content and features. Chapter 5 is also coming along real nice and we’re excited to see people play it. While nothing has a set ETA right now, we’re happy to say we currently plan to release the randomisation mode before Chapter 5.

We also have a couple of other side systems in the works to help spice up the gameplay, we will reveal these as we bring them up to scratch!

As always, make sure to let us know your thoughts and feelings on discord!