Just a quick update, mainly for people who have the game on steam but not discord (Join us, link in the menu!) or are not active on the discord.

I’m sure everyone wants to know where the update is, and we’d love to give you a concrete date but the best we can do right now is “it’s coming”. Let us give you some more info as to why it’s taking longer than expected (after all, even we thought it would have been out by now!).

Development is still as strong as ever, it hasn’t slowed or stopped.

Let’s start off by saying, Zone 4 itself is pretty much complete and ready to be tested. We’ve had fun testing internally, we think there’s a good bunch of scares and anxiety-inducing moments. It’s a good size, larger than the previous zones and you will be exploring over 2 levels.

For those of you who have messaged Melzeebub on discord showing your interest, we will likely be starting testing next week.

If Zone 4 is ready, what's taking so long? 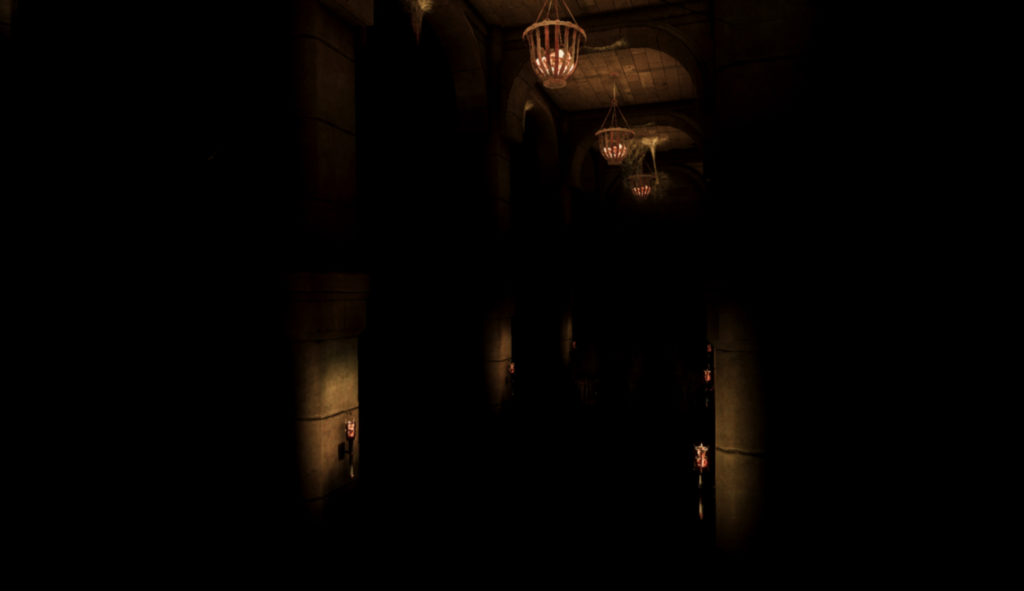 As you can guess, content for Zone 4 is not causing the delays. We did touch on this in the last update (Here if you missed it!) but this isn’t just a content update. We’ve been changing a lot of how the game runs in the background so that we can bring randomly generated levels to life and introduce our progression system. These changes have been substantial and getting them to play nice is not always easy. We’ve had things just suddenly break for seemingly no reason to then find out it’s because a completely unrelated part of the game was changed. Zak and Melzeebub had a hilarious bug where moving near to each other would either create a high pitch squeeling noise or just completely remove all audio save for a cannonade of bursts which would have triggered a great war veteran’s PTSD (honestly, it sounded more like something out of Battlefield than a horror game). These issues have been fixed but they have consumed our time.

We're trying to address as much as we can

While we know we can’t address everything and we will never please everyone, we’re trying to get the recurring complaints fixed. While the majority of refund data looks like the image below (or worse, we’ve had a few charming people tell us to die of cancer, commit suicide etc), we do also get constructive messages saying what issues they had. We think it’s important we get these resolved.

Some of the big issues we get are:

These issues have become a priority for us to fix as we want everyone to enjoy the new content and right now we are seeing some people barely getting past the first zone due to the above.

We have fixed a lot of these already; e.g. voice is now working great / you can set your microphone in-game now, we’ve removed the ability for people to join post-lobby (fixes a whole bunch of stuff like syncing checkpoints and puzzles), performance is looking substantially better and we have plenty more fixes for things like AI and object placements.

A major issue we did come across though is the network desyncs. We actually had one of the team experience it consistently and no matter what we tried, we couldn’t find any rhyme or reasoning for why it was happening. Apologies to those who understand networking that are reading this, but to dumb it down, things like positions and animations were sending fine but the game updates (such as telling the player they are ready to spawn or letting the player know that an item has been picked up) were either coming through 5 minutes late or not at all, despite being sent reliably. Quite frankly, we couldn’t allow this to be put off any longer because if a user has this issue, which we know many have (i.e. certain players not spawning at checkpoints or being able to interact), there is nothing we could really suggest to fix the issue now after seeing the problem first hand.

The fault comes from low levels of our network library and without large time investment and testing, we wouldn’t be able to fix it quickly. Remember that we only have a single person doing all of the programming. That’s why we’ve made the decision to switch network libraries and convert the project. It sucks but it has to be done so that’s added a bit of delay.

The good news is, as mentioned earlier in the post, we should be ready to test it all next week assuming everything goes well over the weekend.

Also worth putting in the developer update that we finally got discord verified! This is a positive step for us as it solidifies to fans that we are a legit company here to make great games. Talking about fans, we’ve seen some really great suggestions and feedback, the channel has really been popping and we’re taking a lot of what’s said on-board.

We’re also really enjoying reading the supportive messages players have put about the game and their experiences. It’s honestly hard to believe but, watching people freak out on labyrinthine never gets old! We’re all really excited to watch the play testers. Melzeebub has been doing a great job of relaying clips from twitch too which go into one of our developer channels.

Oh as well, for anyone not yet on the discord (JOIN US), here’s the latest sneak peaks we posted. 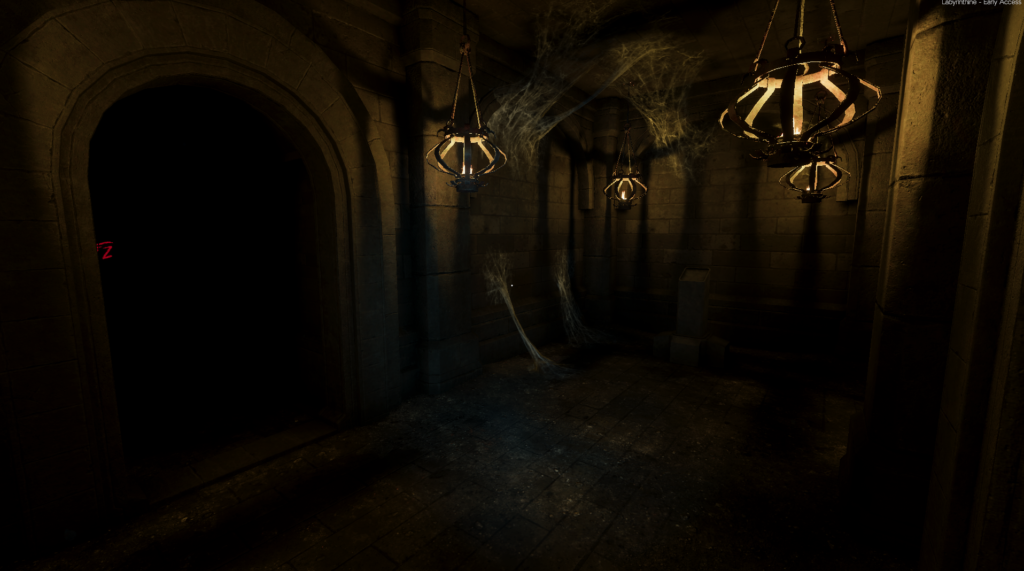 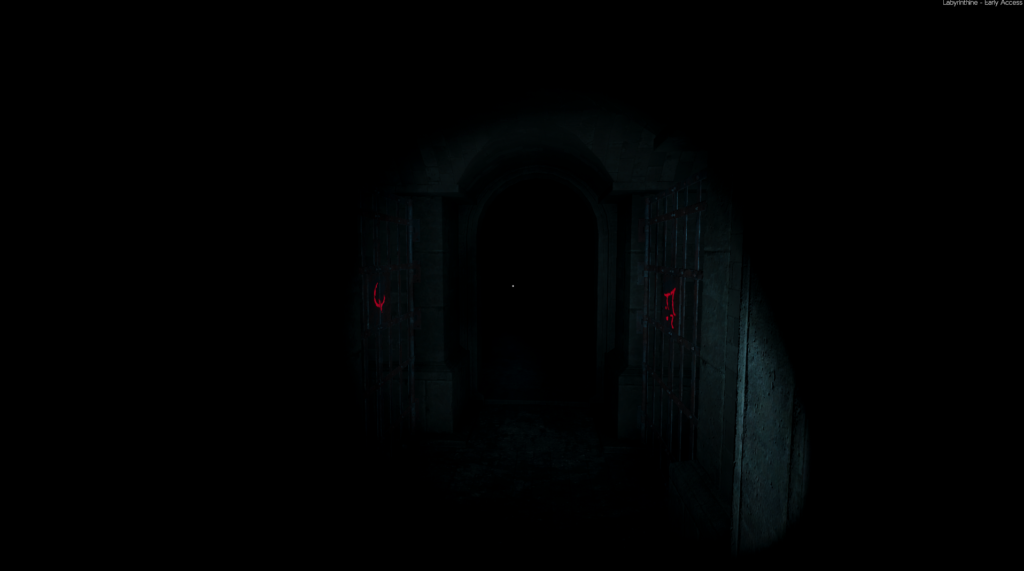 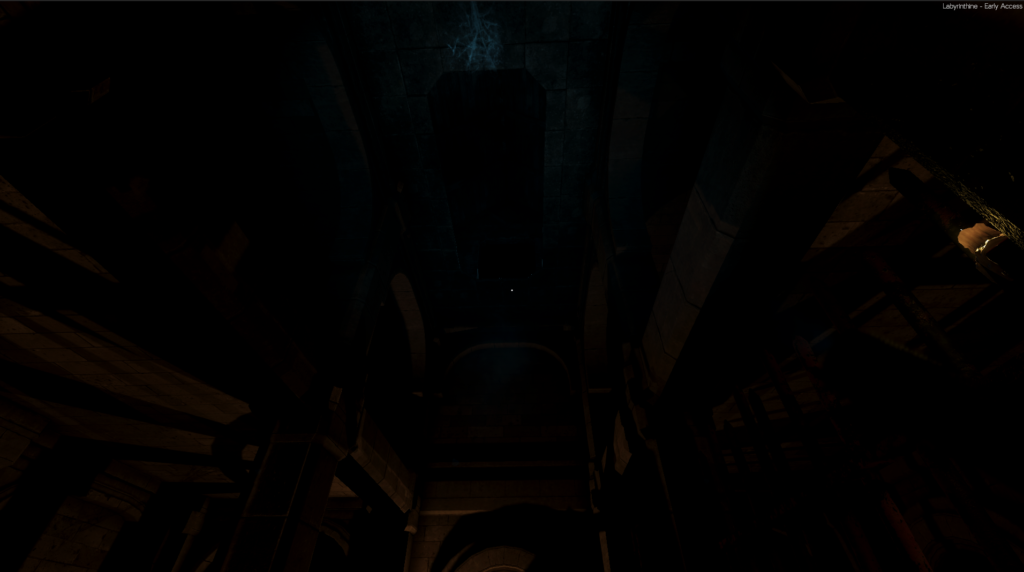 We have a new staff member joining Jonny Honks fair! This will be our first female character and was created for one of our top contributors on kickstarter, who has asked that we do not reveal her just yet.

Hopefully that clears up the confusion as to why the update is being delayed. We really want to bring out the potential of the game and to do so, we have to fix these issues that are affecting some users. As stated before though, these changes should make future updates much quicker!